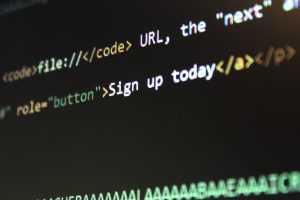 Broadly, my work is driven by my interest in how people organize online, particularly social movements. So, how do we meet each other and connect? How do we define boundaries and establish group membership? And how do we resolve disputes when they arise? Beyond user discourse and interaction, I also analyse how platform affordances and constraints influence user discourse—limiting users to certain modes of interaction, forcing certain users to interact, altering itself based on users’ interaction with them, or structurally contradicting users’ arguments.

So, in other words, I study why arguments on Facebook happen differently (or not so differently) from arguments on Twitter or Tumblr, and what role users, the discourse, and the platform each play in making them different. My methodological background is interdisciplinary, primarily centered in discourse analysis and ethnographic methods, as well as interactional sociolinguistics.

The Two Revolutions: A History of Transgender Networking Online explores how the “internet revolution” shaped transgender movement politics from the 1980s up to the contemporary moment. Taking a historical approach, each chapter of The Two Revolutions considers how transgender users engaged with the platforms and attendant affordances which have at various points composed “the Net:” bulletin board systems (or BBSes), commercial “walled gardens” like AOL and Compuserve, Usenet, websites, and semantic tagging.

Through extensive archival research, ethnographic interviews, discourse analysis, and media archeology, I reconstruct the various digital networks of transgender activists, cross-dressing computer hobbyists, and others interested in gender nonconformity who incited the second “revolution” of the title: the ascendance of “transgender” as an umbrella political identity in the mid-1990s. In taking a cross-platform, historical perspective, The Two Revolutions draws attention to the long-term impact of technological innovation on a well-established social movement. As I argue, digital communications not only sparked significant changes within the transgender movement, they also further cemented existing power structures. While new voices and concepts that challenged movement orthodoxy, like “cisgender,” found their audience online, those already excluded from the movement have remained at its margins—despite the movement’s wide embrace of utopian rhetoric about the Internet’s empowering possibilities.